Our half-year Brighton anniversary - any regrets? 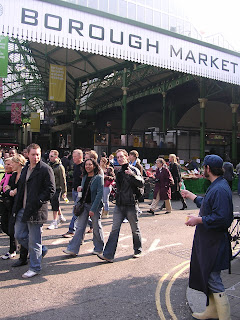 Six months? I can't believe we've been here six months already. On one hand, Brighton living is so comfortable it feels like we've lived here forever. Yet on the other, it feels like we only left our London lives last week. But six months living anywhere is a realistic time to decide whether you've made a mistake or not. I think the only mistake we've made is not doing it sooner. I love living by the sea it feels so much simpler than London. Less pressure. Less congestion (bar the weekend crowd) and the kids just love it. They've all settled in to school remarkably well and although they miss their London pals they too seem to have no regrets about moving to the seaside. Especially when I bribe them with fish and chips on the beach on a school day.
So actually, bar missing friends, there's been only minor pangs of regret about leaving the big smoke.

But in order to not be too smug, I've compiled a short list of things I do miss about London:

1) Saying I live in the capital. I was a very proud Londoner and seeing pictures and TV footage littered with red buses, black cabs and iconic London sights sends tiny pangs of regret that I'm not there in  Jubilee and Olympic year.

2) Shopping. I miss the markets, especially Borough (despite having to regularly remortgage to buy an organic artichoke) and of course, I really miss Selfridges and the House of Fraser. This is not to say that Brighton shopping is not wholly enjoyable, however I do miss a rummage around the big boys on payday.

3) The diversity. One of the absolute best things about London is that it really is a multicultural city. I used to love all the different areas from the very Jamaican Brixton to the Jewish quarters of Stamford Hill and Golders Green. I think kids learn such a lot about different cultures living in one city and really benefit from it. Unsurprisingly, there's not so much diversity in Brighton and after living in London for so long that does take a little getting used to.

4) The tube. I know it's a pain in the jacksy when you have to commute everyday, but as a leisurely freelancer I loved going on the tube in to town. You can get anywhere, it's brilliant. I'm hoping that Boris will eventually extend the Northern Line down to Brighton. You know it's only a matter of time!

5) Uniqlo. Okay, so this should come under shopping, but COME ON BRIGHTON, I need some new jeans!

But, all in all no, je ne regrette rien. (see how boho am I since I've moved? I'll be wearing a patchwork turban next!)
Posted by DollysDay at 04:21